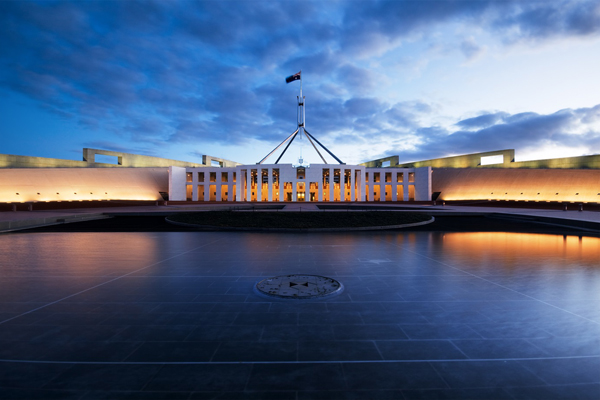 Australian politics and government
Provides introductory information about the structure and background of government in Australia.

House of Representatives Hansard
Online access to edited transcripts of debates in the House.
1996 - current (PDF and HTML)
1901 - current (HTML only)

Senate Hansard
Online access to edited transcripts of debates in the Senate.
1996 - current (PDF and HTML)
1901 - current (HTML only)

Parliamentary papers are reports tabled in parliament.
Those described as ordered to be printed are published and can include annual reports of government departments, committee reports and white and green papers.

Senate: powers, practice and procedure
Provides a selection of publications of the Senate, including a copy of the Constitution.

Government gazette of the state of New South Wales
1832 - current

Parliament of Australia
Provides links to the Senate and House of Representatives, bills, publications and extensive information and research.